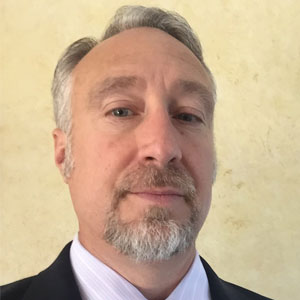 In today’s world, mobile technologies have become central to the way we live. More than three-quarters of Americans own smartphones, with users averaging around five hours a day on their device. The apps market has exploded, and users can now perform nearly any task with the touch of a few buttons. While these technology advances have changed the way the average citizen performs daily tasks and communicates, they have not necessarily reached or been operationalized by the public safety community.

With modern technologies, first responders have access to a wealth of data and capabilities that can significantly enhance their operational response—from police officers using apps to closely track the location of assets, to emergency medical services (EMS) personnel transmitting a patient’s vital signs while en route to the hospital, to firefighters finding the location of the fire, their firefighters, or their apparatus. All these activities require reliable, robust, and secure broadband service, as well as apps and devices that support advanced capabilities. FirstNet—the nation’s public safety broadband network—makes this a reality for first responders.

FirstNet began as the brainchild of multidisciplinary public safety leadership after first responders faced challenges with communications during the 9/11 terrorist attacks. In response, Congress created the First Responder Network Authority (FirstNet Authority) to build, operate, and maintain the nationwide public safety broadband network. The FirstNet Authority engaged in extensive consultation and outreach with the public safety community at all levels of government to ensure that FirstNet would be built to meet the needs of public safety. These engagements were designed to ensure that first responders in all disciplines—law enforcement, fire services, EMS, and other designated public safety entities—across the nation could communicate seamlessly.

With modern technologies, first responders have access to a wealth of data and capabilities that can significantly enhance their operational response

In March 2017, the FirstNet Authority entered into a public-private partnership with AT&T to build a reliable, robust, highly secure, and innovative public safety communications platform. With all 56 U.S. states, territories, and the District of Columbia choosing the FirstNet build out plan, the door is now open for public safety agencies to subscribe to FirstNet.

Instead of waiting years for the network’s benefits to be realized through a Greenfield build, the FirstNet Authority chose an approach that allows subscribers to immediately access priority and preemption on AT&T’s existing LTE bands. Additionally, the build out of Band 14—spectrum dedicated to public safety—is in full swing, including plans for rural areas. This will provide the additional capacity and coverage public safety needs, as outlined in State Plans approved by the states, territories, and the District of Columbia.

Now that the network is live, the FirstNet Authority is examining how commercial technologies need to adapt to address responder realities. For example, in years past, we have seen smartphones, tablets, and mobile computers become “ruggedized” to survive and function in the tough environments that responders encounter every day. As we look to the future of emergency communications, we need to examine the operational issues responders face and evaluate them against the security measures that must be maintained in emergency communications. We must consider the situation from all angles—hardware, software, and firmware—in order to find a solution that ensures the safety and security of both the responders using the devices and the data they are transmitting over it. One of the most prominent issues we are currently exploring is how to enable users to access their devices during incident response while protecting the integrity and security of the data on their devices.

Maintaining the Balance of Operational Effectiveness and Secure Communications

As commercial users increasingly rely on their mobile devices to create, access, and store private, personal, and sometimes confidential information, many device manufacturers and app developers have instituted stricter security protocols and access mechanisms to safeguard the data. In some cases, this may mean users have to input a complex, lengthy password mixing letters, numbers, and symbols. In other cases, it may mean using biometric data, such as a fingerprint scan, to unlock the device or access certain apps. These may be simple steps for the average smartphone user, but for a first responder, these additional steps can impede effective and efficient response and, in some cases, mean the difference between life or death.

For public safety, the data shared and captured on devices must be held to even stricter security guidelines. The challenge is how to maintain that level of data security while accommodating the operational realities first responders face, particularly regarding access procedures. For example, a firefighter responding to an incident will be wearing thick, heavy gloves that prevents him or her from using biometrics or entering a password without taking off his or her protective gear. Even if a firefighter does take it off, his or her hands may be perspiring, preventing the device from registering his or her fingerprint or screen swipes. In that moment, accessing the device becomes too difficult and time-consuming for the first responder to use it effectively.

The FirstNet Authority is exploring this issue through our Technology and Innovation team, which is conducting market research on existing products and approaches and connecting with industry to discuss potential solutions. Other federal agencies are also pursuing a solution, such as the National Institute of Standards and Technology’s Public Safety Communications Research Division. While federal agencies may be leading the charge, this problem will require the support and input of industry, academia, and state and local leaders who are helping their communities manage these problems on a daily basis.