Diana Alarcon, Director of Transportation & Mobility of City of Tucson 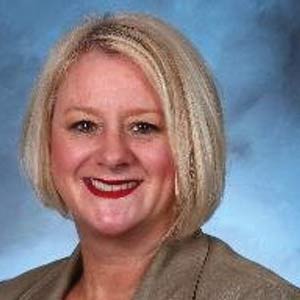 Diana Alarcon, Director of Transportation & Mobility of City of Tucson

Tucson, a city of nearly 550,000 people located in Southern Arizona, is going through a planning process to redefine transportation priorities in a historically autocentric city. Tucson, like many cities shaped through rapid growth in latter half of the 20th century, was built on the assumption that mobility goals were best met through investing in a network of wide, high-speed roadways across the city. This is what residents wanted, this is what city leaders delivered.

However, as the costs of this planning legacy become clearer—in the high number crashes and fatalities on city streets, in tailpipe emissions, and in the lack of viable transportation choices— it’s becoming apparent that we need to do something differently. That’s where Move Tucson comes in.

As the city seeks a change in direction, it is critical that we receive guidance from and have the full support of the residents of the community. The whole purpose of the Move Tucson planning effort is built on a foundation of broad community input; something that was made more complicated by the events of the past year.

On February 5, 2020 we held an event to kick off the public phase of Move Tucson, an event meant to announce how we would engage the community over the coming months in parks, at grocery stores, at festivals, or anywhere that people congregated. Unbeknownst to us, the launch would prove to be the only in-person meeting we were to hold for Move Tucson.

The whole purpose of the Move Tucson planning effort is built on a foundation of broad community input; something that was made more complicated by the events of the past year

The next month the entire city shut down and all public meetings were canceled as the community grappled with the first wave of the COVID-19 pandemic. For Move Tucson, this meant changing our engagement strategies from focusing on in-person work to something that was more consistent with the guidance for safe social distancing: Move Tucson went virtual.

Thankfully, the Move Tucson website was already set up as the focal point of Move Tucson engagement, making transitioning to virtual efforts fairly seamless. What was new about this effort, though, was the way in which Move Tucson used virtual mapping as a way to crowd source transportation ideas. The map consisted of a blank map of Tucson where members of the public could share unique project ideas and identify problem areas. Moreover, all comments were viewable by other members of the public who could “like,” “dislike,” or comment on others’ ideas. Not only was this an interactive way member of the public to communicate their transportation priorities with the city, it also provided city planners with a detailed source of public input from which to identify key themes and specific project ideas. It was also just fun to use.

Virtual meetings were a variation on the community meetings that are often done as part of planning efforts, just conducted using the variety of virtual platforms that have increased in visibility and utility as the pandemic has forced millions of people to do more of their meetings online. Move Tucson conducted virtual meetings in two ways, by hosting specific Move Tucson events, and by partnering with other organizations, civic groups, and neighborhood associations to get time on their agendas. Every organization and association had their own preferred platform, requiring city staff to become comfortable using a variety of platforms to reach members of the public. A major takeaway from virtual engagement was that the city was able to significantly improve attendance at public meetings over our traditional in-person approaches. By removing the extra barriers of travel and time commitments outside the home, we made it easier for people to engage with government.

The final strategy we used to expand virtual engagement was working with a group of volunteers, known as Street Ambassadors, to develop social media content targeted at areas within the city that have historically been hardest to reach, such as low-income communities, communities of color, communities where many residents have limited English proficiency, and young people. The Street Ambassadors were residents of these communities and had established networks that the city lacked.

While transitioning to complete virtual engagement was a learning experience, which introduced some delays into our planning process, it proved to be a valuable one. Virtual engagement allowed us to reach more people since it removed many of the traditional barriers to attending public meetings (time and transportation). Given this success, the City of Tucson will continue to expand the use of virtual engagement even as we hope to return to more in-person community work in the coming year. You can learn more about this initiative at MoveTucson.org