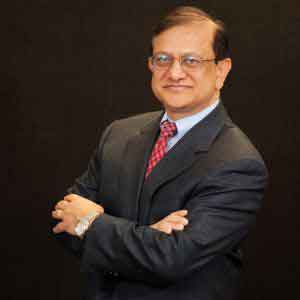 Abhai Johri, Executive VP
A leading innovator for more than a decade, Abhai Johri, Executive VP of Integral Consulting Services has played an instrumental role in taking the Biometrics and Intelligence Analysis to the next level. Bearing a hand with federal agencies such as the Army Intelligence and Security Command (INSCOM), U.S. Immigration and Customs Enforcement (ICE), the United States Department of Homeland Security (DHS), United States Department of State (DOS), and FBI among others, Integral Consulting has helped in battling the rampant criminal activities and threats from terrorists and cyberattackers. It was in 2006 when the firm, after sensing the mounting rate of crime in the U.S., shifted its focus from IT staffing to healthcare to homeland security and started designing and building biometric solutions and intelligence analysis algorithms. Essentially, the firm ties biometrics to human intelligence and geographic intelligence to crack the terrorist and mafia networks, while supporting federal agencies to mitigate the growing criminal activities.

Integral Consulting has built the intelligence-based Tactical Information Sharing System (TISS), which is the flagship application for DHS. Designed as a watch desk, TISS collects the data about suspicious incidents across the ports and borders, besides performing visual analytics. “A multitude of intelligence and law enforcement agencies leverage the power of TISS to find patterns and trends to be able to take proactive actions to avoid any future mishaps,” elucidates Abhai.

With expertise in Multimodal Biometrics, the firm also helps the Office of Biometric Identity Management in many ways, from screening, collecting data to performing the analysis. In addition, the firm’s competence in Intelligence Analysis has won them many contracts from defense and federal agencies including the Army INSCOM, DHS, ICE, and TSA Office of Intelligence and Analysis for assisting them in cracking dangerous networks of terrorists, gangsters and mafias.

Integral Consulting follows a consultative approach to collaborate with its clients, helping them understand the utility of its solutions, and ensure exceeding clients’ expectations.

“We assign a senior oversight manager for every individual contract to ensure highest level of our team’s performance and client satisfaction,” says Abhai.

As a case in point, DHS was looking for a sophisticated solution to track criminals across the U.S. Integral Consulting was awarded the assignment to help DHS ICE locate suspicious activities through data. The firm extracted a significant volume of data from its watch desk and collaborated with NYPD and FBI to screen and collect data. In about ten months, Integral Consulting’s analysis helped the agencies eliminate the entire network of mafias hailing from Russia and the Eastern European countries operating out of Brooklyn, New York. The firm received a great deal of appreciation and recognition from the federal government for their support.

Besides catering to the intelligence needs of the governments, Integral Consulting is actively involved in community services through volunteering, donations, and sponsorships for various social causes. The company hails this as part of their success journey. With a continuous growth strategy, Integral Consulting has been able to win $160 million of new contracts in the first nine months of 2018 and targets for another $200 million in 2019, which is expected to bring growth to the business by 50-60 percent annually over the next two years. “Ever since we built innovative solutions such as biometric algorithms and laser engraving and perforations for the next generation passport program, several federal agencies and countries are interested to see how our solutions can be applied to their next-gen secure solutions,” says Abhai. 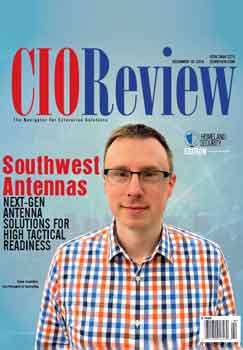